In the run up to the awaited release ‘Beneath the Redwoods’ by Morrison Kincannon on  Paul Murphy, Simon Purnell & Danny McLewin’s label Spacetalk.. We asked avid record collectors Mark GV Taylor and Les Fisher their thoughts on it. We couldn’t of asked a better pair… Click the Soundcloud link to listen to clips of the Album and have a read through what they have to say…. Links to pre order the Album can be found here also. Gx

“Back in 2016, Pete Beaver, a well known collector and blogger, posted up a tune on Soundcloud. 45 only out of Cailfornia, and unknown. “Too See One Eagle Fly’ was a mesmerising piece of Americana, and it inspired me to seek out and eventually grab a couple of copies from Norman Morrison himself. At the time it was credited to Sea Castle. We now know that this was the record label.

Norman looked hard for OG copies, he was sure he had boxes of them in his lock up. He may still have, but only the two emerged. He also mentioned that he had other recordings and would I be interested in hearing them. That never materialised, but here they are.

Had this LP been recorded and released 40 years ago, we would now be looking at 3 figures to secure a copy. Here we get all the glory for a lot less, and it’s been well worth the wait. Stands alongside the lies of Will & James Ragar, Cy Timmons, John Southern, Randy Bishop, all very rare., and records I’m lucky enough to own. Will be one of my LP’s of the year. Thank’s Pete!” – Les Fisher (Reference Point/Mighty Mellow).

“One Wonders what could have been had Morris Kincannon caught the right breaks back in the late 70’s. This sublime music buried away all these years, ranging from Americana acoustic ballads, to uptempo jams (hints of Seals And Croft, C S N, Jesse Colin Young, Buffalo Springfield, Joe And Bing) all add up to what could be already at the start of the year one of the best releases of 2018…”  – Mark GV Taylor (Reference Point / Americana – Rock Your Soul)

Listen here to clips of the Album

Spacetalk Records is proud to reveal its most exciting release to date: a collection of long-lost recordings from forgotten Californian duo Morrison Kincannon, rescued from the dusty tape archives of the pair’s lead songwriter, Norman Morrison.

With only a handful of sought-after private press 7” singles to their name, Morrison Kincannon are all but unknown outside record collecting circles. Yet Norman Morrison and Terry Kincannon wrote and recorded some superb songs during the 1970s and early ‘80s, desperately hoping for the break that would see them released on vinyl. Now, at last, their time has finally come.

Morrison and Kincannon first started working together as teenagers almost 50 years ago. Every Saturday, they would get together to jam and write songs. This led to recording sessions at a friendly studio in San Francisco and a management and publishing deal with Manny Greenhill, a man who had previously nurtured the careers of Bob Dylan and Joan Baez.

Sadly, their hoped-for-success never came, and by the early 1980s both members had re-focused on work and family. As the years rolled by, their original multi-track recordings lay idle in Morrison’s loft, seemingly never to be released.

All that changed when Morrison received an email from Spacetalk Records two years ago, asking about the possibility of reissuing “To See One Eagle Fly”, the B-side to one of their 7” singles that has long been a favourite of label co-founder Danny McLewin.

Once a deal had been done, Morrison mentioned that he had hours of unissued recordings in his loft; a treasure trove of ultra-rare multi-track master tapes that could be freshly mixed and mastered for release. When the Spacetalk Records’ team finally got a chance to listen, they were astonished by the timeless quality of the songs. Put simply, they just had to be released.

The resultant album is a stunning set: an intoxicating glimpse into the world of two previously unheralded master songwriters whose musical vision encapsulates all that was good about Californian music during the late ‘60s and early ‘70s. Rooted in the American folk revival and folk-rock movement of the late ‘60s, the album’s 14 thoughtful, heartfelt songs are laden with sly nods to the likes of Carlos Santana, Steely Dan and Buffalo Springfield.

The tracks were recorded at various times between 1970 and ’82 and gives a small glimpse of the duo’s total body of unissued work. The release comes with extensive liner notes telling the remarkable story of two lifelong friends and musical collaborators who thought their moment had passed. 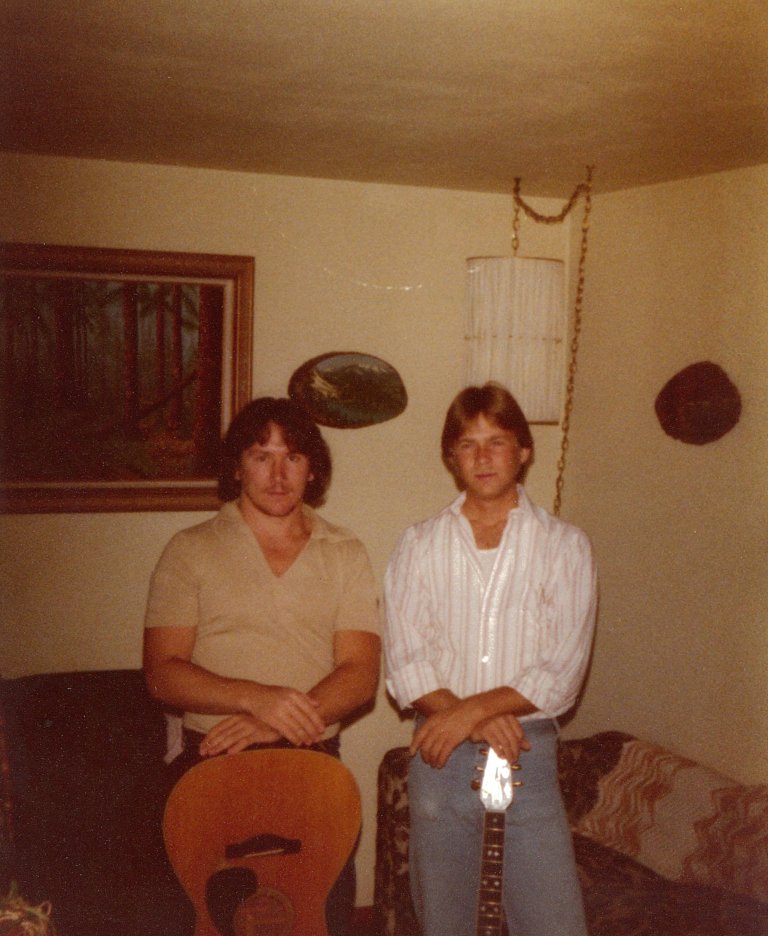